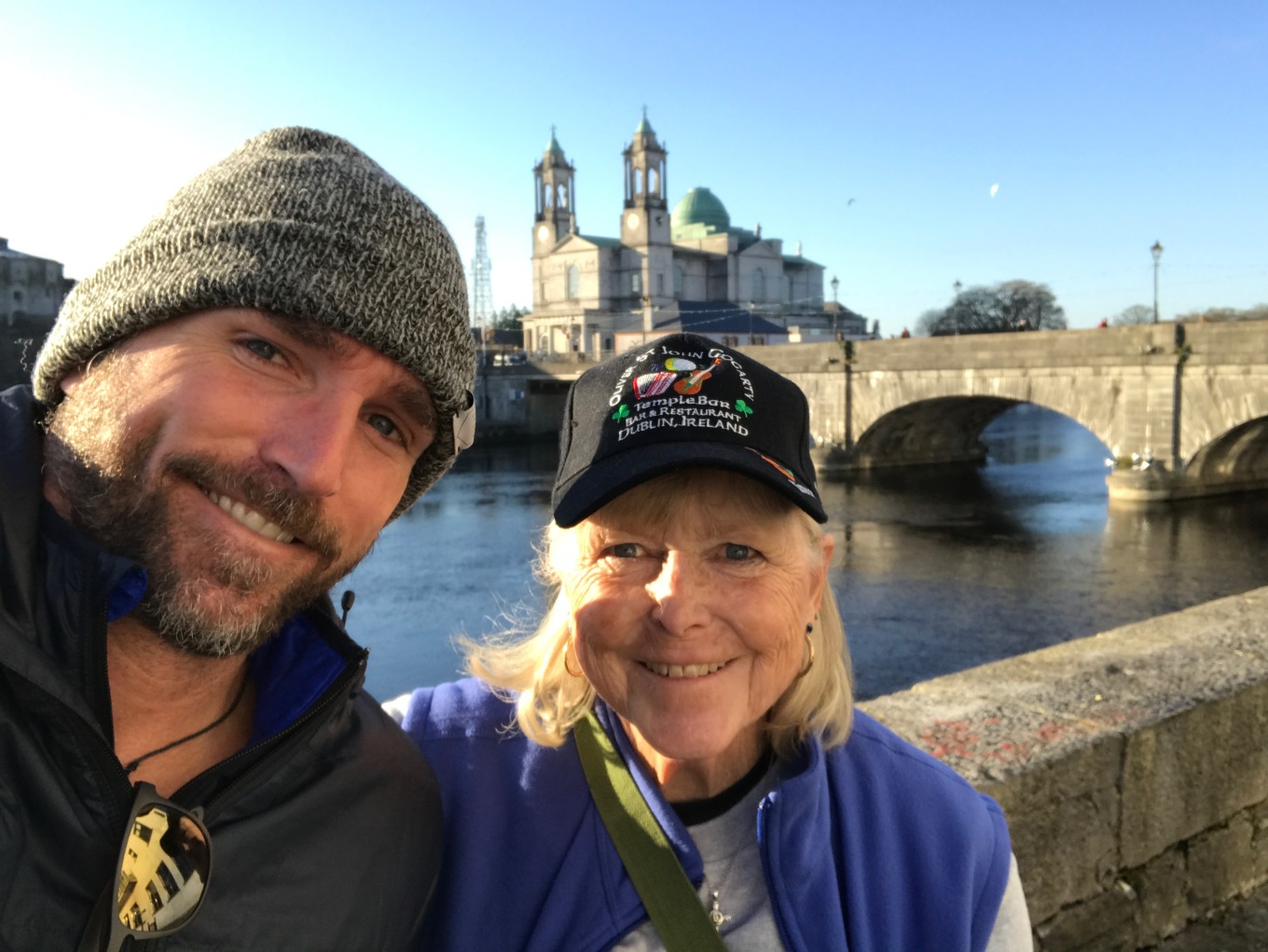 I love my Mom.  She’s literally the sweetest, nicest, most caring individual I’ve ever known.  But our lives (and consequently our relationship) haven’t always been easy- though I think most of us have at times had issues with our parents so I know I’m not alone in this respect.

Heads up, this post will get a little personal.  I was initially going to keep this moment to myself, but after some thought decided to share this in the hopes that it may inspire someone else to do/feel something similar.

After my parents’ divorce and then for the majority of my adolescence, I pretty much blamed my Mom for everything in my life that went wrong or was different/worse than what I thought a ‘typical’ life should be.  There were times I’m sure I blamed her for the divorce itself.  I found this much easier than actually doing anything about this myself- taking charge of my own life and improving what I felt needed improving.  She was an easy scapegoat for all my life’s problems.  Now what I didn’t (and probably couldn’t) realize until much later is that life is really fucking hard sometimes- and it probably wasn’t going the way she wanted hers to go either.  Around this time my Mom was in her early-mid thirties and trying to raise 2 kids, while at the same time trying to balance that with the things that most people that age do- go to bars, hang out with friends, meet people and go on dates, travel.  Pretty much everything that has defined my life for the last 15 years- and made it incredibly fun and amazing- yet, for years and years I criticized her for wanting to do the same.

The one thing that I know I didn’t do- if it is even possible at that age- was to put myself in her shoes and try to see things from her perspective.  Or to take a step back and look at how ‘bad’ my own life was.  Maybe I didn’t have the coolest clothes, but I had clothes.  Maybe we didn’t have a fridge stocked with food, but we had food.  Maybe we moved around a lot and our apartments weren’t as big as my friends houses, but we had a roof over our heads.  And maybe I didn’t have parents who were together and a ‘normal’ life, but I had parents.  There are so many people in this world that would trade anything for a checklist like that.  People who grow up homeless or in shelters, people who never knew their parents, people who had to steal the smallest bit of food or go without entirely, people who were forced to deal with drug abuse/violence… the list goes on.  So whereas my life was at times challenging, it feels like a piece of cake compared to many peoples’.  On top of that, I had my Mom.  A Mom who loved me and my sister more than anything else in the world, who herself would go hungry before ever letting us miss a meal,  and who would absolutely step in front of a bullet for us before letting one of us get hurt.  My beautiful, wonderful Mom.

If you read my 1st Ayahuasca Blog, you’ll recall that I had very specific visions/messages having to do with both my parents, though I didn’t really elaborate on what those were as they were a bit personal and wanted the opportunity to share them in person with both of them before writing about it… so here goes.

That first ceremony was the ‘preparation’ for the journey that would take place over the next 3 ceremonies.  Part of that preparation was confronting some very old issues with my parents.  Finding new understanding with certain things, finding closure with others… As the Shaman sang, I began to think about my Mom.  All I could think about was the love she’s always had for me, I felt it stronger than I’ve ever felt it before.  I reflected on her role in my life and in me becoming who I am today.  I saw her smiling.  I felt her embrace.  I felt so incredibly loved.  And in that moment, I realized one thing…

I’ve never told her I understand how hard it must have been for her all those years.  Told her that I was sorry for not always appreciating everything she did or tried to do.  Most importantly, not once have I ever thanked her.  Truly thanked her for everything she’s done for me my entire life.  Genuinely thanked her from the absolute bottom of my heart for being the beautiful soul that she is.

As the the song continued, I had a vision of myself having this conversation with her in Ireland.  We were next to a green rolling field and I told her everything I’d come to realize and thank her.  We’d both be hugging and crying and it would be a very special moment, one that would forever change our relationship.  Earlier in Peru I had bought her a Rosary made of Peruvian silver from a small town.  It was meant to be one of her Christmas presents, but in my vision I saw myself giving it to her in there… a symbol of my gratitude and something we’d both always remember that moment with.

Thanks Mom.  I love you,

Will keep this updated with a rotation of favorite quotes:

“Train yourself to let go of everything you fear to lose...”
- Yoda, Star Wars Episode 3, Revenge of the Sith”